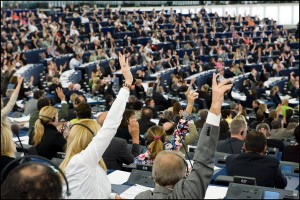 The report in general records a negative review on Human Rights situation in Turkey, freedom of expression, decline in democracy, worries on minority rights, aggressive attitude against Greece, and refusal over the existence of the Republic of Cyprus.

The report greets the wide participation at the elections of 7 June 2015 in Turkey, and the presence of the Peoples’ Democratic Party (HDP) in the newly formed parliament. Moreover, the report welcomes the sheltering of 1,600,000 Syrian refugees in Turkey.

Article 49 repeats the call to Armenia and Turkey to establish diplomatic ties and open the border between the two countries without preconditions.

President of the European Armenian Federation for Justice and Democracy (EAFJD) Kaspar Karampetian welcomed the call to Turkey to recognize the Armenian Genocide, as well as to open the border without preconditions. Karampetian stressed the fact, that the European Parliament once again showed, that it doesn’t succumb to Turkish pressure, recalling, the threats by Volkan Bozkir, EU Minister and chief negotiator of Turkey, that Turkey will not accept the report, if there will be any reference to the Armenian Genocide. Rapporteur Kati Piri (Socialists and Democrats, the Netherlands) already reacted, saying that the European Parliament can’t deny documents which have already been adopted.

The report, leaves Turkey’s accession to the EU open; a political process that is getting harder and harder over the years. 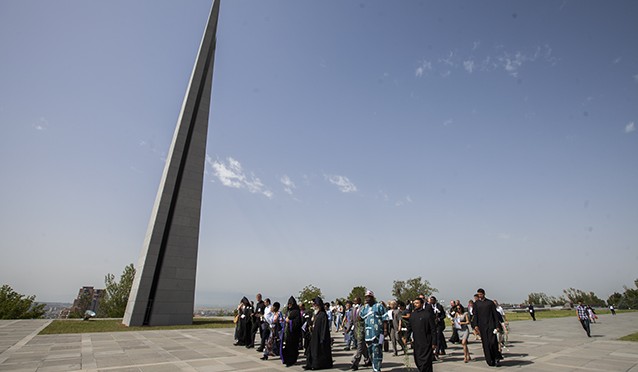 (oikoumene.org) During the centenary year of the Armenian genocide by the Ottoman Empire, the executive committee of the World Council of Churches (WCC) is meeting in this country on 8-13 June 2015, hosted by the Mother See of Holy Etchmiadzin, to honour the martyrs and victims of the genocide. We visit the genocide memorial to remember them and to pray in the name of the risen Lord Jesus Christ. And we celebrate the life of the Armenian nation and the witness of the Armenian church.

The executive committee recalls the Minute on the 100th Anniversary of the Armenian Genocide adopted by the WCC 10th Assembly in 2013 in Busan. This important action by the 10th Assembly followed many other occasions on which the WCC Commission of the Churches on International Affairs (CCIA) had called for recognition of the Armenian genocide by the United Nations (UN) and by member states, dating back to the 1979 session of the UN Human Rights Commission. The WCC has played a key role over many years in accompanying the Armenian church in speaking out and working for recognition of the genocide, and for appropriate responses to the genocide’s continuing impacts on the Armenian people.

A minute adopted at the 6th Assembly of the WCC held in 1983 in Vancouver acknowledged that “The silence of the world community and deliberate efforts to deny even historical facts have been consistent sources of anguish and growing despair to the Armenian people, the Armenian churches and many others.” While some continue their efforts to deny or minimize these historical events, the executive committee is greatly encouraged by His Holiness Pope Francis’ public recognition on 12 April 2015 of the mass killing of an estimated 1.5 million Armenians as genocide. We stress that there is a duty on the international community to remember the victims of genocide, in order to heal these historical wounds and to guard against similar atrocities in the future.

The WCC, with its many member churches, has participated in several events marking the centenary, including the official commemoration of the 100th Anniversary of the Armenian Genocide and canonization of the martyrs in Yerevan, Armenia, on 21-25 April. The WCC and its member churches will continue to participate in the ongoing centennial commemorations this year by the Armenian diaspora, including with the Armenian Church Holy See of Cilicia in Antelias, Lebanon, on 18-19 July. The Executive Committee thanks the many member churches and ecumenical partners around the world that have observed or will observe this ongoing centenary in their own contexts, and that have spoken in recognition of the genocide and in commemoration of its victims. Through these commemorations, we acknowledge that these tragic events occurred, and that they must be named by their right name.

The Armenian genocide was accompanied in the same historical and political context by genocidal acts against other – mostly Christian – communities of Aramean, Chaldean, Syrian, Assyrian and Greek descent, which have blighted history at the beginning of the 20th century.

Denial, impunity and the failure to remember such events encourage their repetition. Those who deny or attack the life and dignity of a sister or brother undermine and destroy the humanity of both the victim and themselves. These centennial commemorations should mark the passing of the time when governments remain reluctant to name what occurred one hundred years ago as genocide. We urge all governments to abandon this reluctance.

In this centenary year, we call the international community, the WCC’s member churches and all people of faith and good will to remembrance, and to re-commit to the prevention of genocide and all crimes against humanity.

Blessed are you when people insult you, persecute you and falsely say all kinds of evil against you because of me. Rejoice and be glad, because great is your reward in heaven, for in the same way they persecuted the prophets who were before you. (Matthew 5:11-12) 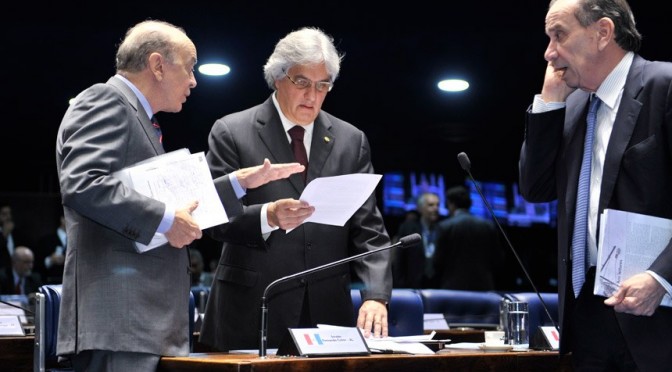 (prensaarmenia.com.ar) The Federal Senate of Brazil approved on June 2 a resolution recognizing the Armenian Genocide. The Resolution No. 550/2015 was introduced by Senators Aloizio Nunes Fereira Filio and Jose Serra.

The resolution expresses its “solidarity with the Armenian people during the course of the centenary of the campaign of extermination of its population” and states that “the Senate recognizes the Armenian Genocide, whose centenary was celebrated on April 24, 2015.”

Aloizio Nunes Fereira Filio stressed the need for Turkey to recognize the genocide and to establish a productive dialogue with Armenia. “But that also means respect for life, respect for diversity and commitment that this will never happen again,” said the Senator.

“The transcendental statement of the plenary of the Senate is the most important in the history of the Armenian Cause in Brazil,” said James Onnig Tamdjian, Director of Politics and International Relations of the Armenian National Committee of Brazil, to Prensa Armenia. “It is an important sign that all political parties have joined and offered their solidarity in the Centennial of the Armenian Genocide,” he added.

“To honor the victims and recognize the contribution to economic, social and cultural formation of Brazil of the thousands of Brazilians descendants of Armenian refugees, we emphasize that no genocide must not be forgotten so that it does not happen again,” reads the text.

The resolution highlights the “need for a racial cleansing to make Turkey, then multiracial, a uniformly Turkish nation.” In addition, it denounces the “systematic denial, pressure and intimidation against those who try to reconstruct historical events”.

“The policy of extermination is so far denied by the Turkish government,” reads the resolution, and then cites the cases of recognition from “a growing number of countries,” including “Argentina, Bolivia, Chile, Uruguay and Venezuela” in Latin America, as well as “most European countries,” the European Parliament and, more recently, Germany and Pope Francis.

“It is estimated that at least 100,000 descendants of Armenians live in Brazil, mostly in Sao Paulo. They are Brazilians whose ancestors had to leave their homeland to escape the genocide. In Brazilian lands they could restart their lives, build families and contribute to the economic, social and cultural development of our country.”

“The Brazilian government, unfortunately, has not yet recognized the Armenian Genocide,” although the legislatures of Ceará and Parana did. “In 2015, the State of Sao Paulo instituted April 24 as the Day of Recognition and Remembrance of Victims of the Genocide of the Armenian people,” concludes the resolution.