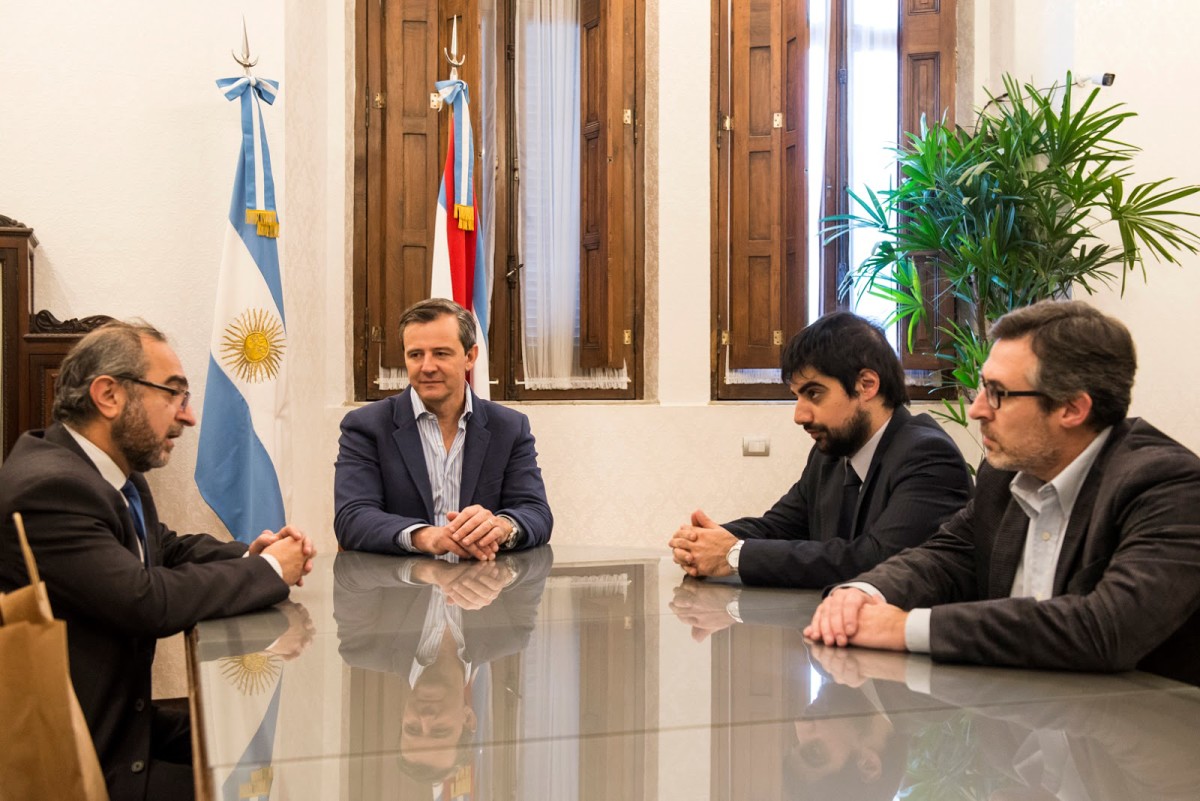 (prensaarmenia.com.ar) The province of Entre Rios, Argentina, approved today a law adhering to the National Law 26,199 of recognition of the Armenian Genocide, which establishes every April 24 in Argentina as the “Day of Action for Tolerance and Respect between Peoples”.

The Senate of Entre Rios passed the adherence by unanimous vote of those present to the law “in commemoration of the genocide that was victim the Armenian people and with the spirit that its memory is a permanent lesson on the steps of the present and our future goals.”

Also on Tuesday, May 31, the Deputy Governor of Entre Rios and President of the Senate, Adan Humberto Bahl, along with Senator Lucas Larrarte, Chairman of the General Law Committee of the Senate, met with Nicolas Sabuncuyan and Jorge Dolmadjian, members of the Armenian National Committee of South America.

“The meeting was extremely positive and we deduct that the Government will enact the law. In addition, this will be the beginning of a way to work together with the province in the issues of human rights in different areas,” said Jorge Dolmadjian.

The bill (File No. 20783), was filed on March 30, 2015 by the then deputy Maria Laura Stratta, who is now Minister of Social Development. On May 12 of that same year it obtained the initial approval in the Chamber of Deputies of Entre Rios. Among the grounds, it is mentioned that “the memory of the Armenian Genocide interpellates modern society about the consequences that can lead to intolerance and discrimination, and invites us to reflect on the meaning of respect between peoples and individuals and the importance of active memory and ongoing injustice and impunity. The recognition, condemnation and denunciation are the basis for preventing the repetition of this abhorrent crime.”

“Ten years after the enactment of the law that put Argentina in first place in the struggle for the recognition of the Armenian Genocide, it is very important that the representatives of the people of Entre Rios decided to join that path,” said Nicolas Sabuncuyan, Director of the Armenian National Committee of Buenos Aires.