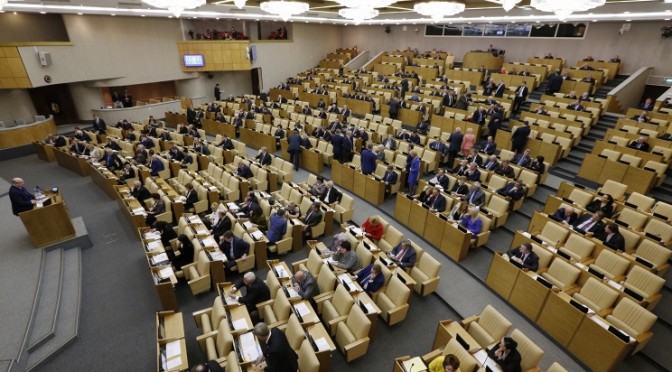 (TASS) MOSCOW, April 24. The lower house of the Russian parliament, the State Duma, has passed a draft statement on Friday in connection with the 100th anniversary of the Armenian Genocide in the Ottoman Empire.

The document submitted by the State Duma Committee for CIS Affairs, Eurasian Integration and Ties with Compatriots expresses “deep sympathy to fraternal Armenia in connection with the centenary of the Armenian Genocide and also to other peoples who suffered during the tragic events of the First World War.” “Complex historical issues need to be resolved by peaceful means, including by diplomatic efforts – for the sake of establishing lasting peace and security on the planet,” it says.

The State Duma believes that the “Eurasian continent can and should become an example of good-neighborly relations and equitable cooperation, a space of peace and creative endeavor.” “Multifaceted activities in the framework of the Eurasian Economic Union, the Collective Security Treaty Organization, the Shanghai Cooperation Organization are aimed at achieving this goal,” the draft resolution says, noting that these organizations “were designed to ensure sustainable development, prosperity of our peoples and the triumph of humanistic ideals.”

The document adds that the lawmakers are guided by “the principles of equity and support the striving of all people for preserving the historical memory.”.