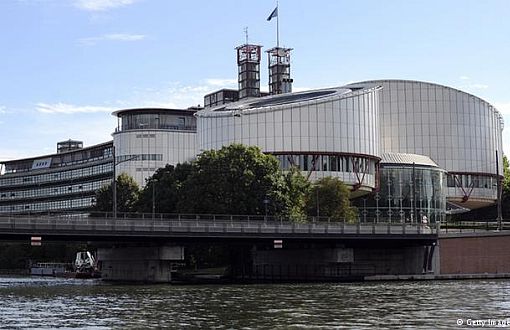 (asbarez.com) The Armenian Catholicosate of Cilicia (headquartered in Antelias, Lebanon) filed a lawsuit on April 25, 2015, against the government of Turkey seeking the return of its historic seat in Sis (present-day Kozan district of the Adana Province) which was confiscated in 1921.

The first of its kind lawsuit was filed in the Constitutional Court of the Turkish Republic because the claim raised issues of property rights that lower courts would not have jurisdiction to overturn the maze of laws adopted by Turkey in 1915 and succeeding years. At the recommendation of the Justice Ministry of Turkey, the Constitutional Court referred the Armenian Church lawsuit to the lower courts. The lawyers for the Catholicosate of Cilicia, however, decided to appeal the case directly to the European Court of Human Rights (ECHR) in Strasbourg, France, on December 8, 2016.

The issue of sidestepping submission of the Catholicosate’s lawsuit to a lower court in Turkey is critical in view of the requirements of the European Court of Human Rights that before any case is brought to the ECHR, all local legal remedies must first be exhausted, starting with the lowest court and ending with the highest court of the country being sued.

On October 19, 2017, addressing the conference of the Armenian Cause in the European Parliament in Brussels, His Holiness Catholicos Aram I of the Great House of Cilicia criticized the single judge from ECHR who had rejected the Armenian Church’s lawsuit finding it inadmissible. Until this announcement, there was no news about the status of the lawsuit. I contacted the ECHR headquarters in Strasbourg inquiring about the Armenian Church’s claim. I was informed that a single judge indeed has the authority to reject any lawsuit, which in this case was not first submitted to a lower court in Turkey in order to exhaust all local remedies, and that the letter of rejection was sent to the Catholicosate in March 2017. More ominously, I was told by ECHR that the judge’s decision could not be appealed!

I then contacted Payam Akhavan, a member of the Catholicosate’s legal team and Professor of International Law at McGill University in Montreal, Canada, inquiring why no announcement was made earlier by the Catholicosate regarding the rejection of the lawsuit six months ago. Prof. Akhavan explained that the ECHR judge had sent the letter to the wrong address! The Catholicosate then wrote to that judge “expressing serious concern on miscarriage of justice; that a single judge could throw out what was clearly a well-argued case, and waited until recently for a standard response that there is no appeal, and the decision is final.”

In his Brussels speech on Oct. 19, 2017, Catholicos Aram the First harshly condemned the ECHR for rejecting the Church’s lawsuit: “Why would the European Court of Human Rights so easily reject our case knowing that no lawyer would dare to bring such a case before the Turkish courts? How could a single judge throw out a 900-page Application, historically and legally well substantiated by some of the best international lawyers? Why was our legal team not given a chance for a hearing? Is everybody now afraid to confront Turkey’s appalling record of human rights violations? We are astonished and, in fact, deeply disappointed at this miscarriage of justice, particularly at this crucial juncture of modern history when Europe is expected, in faithfulness to its values and principles, to consider justice above geopolitical interests…. Europe is essentially a community of values, not merely political and economic interests. Therefore, I still hope that the European Court of Human Rights will reconsider the admissibility of the case on the basis of justice and human rights. In spite of the denial of justice, the Armenian people will continue to struggle for justice.”

Prof. Akhavan called the ECHR judge’s decision “scandalous.” He then added in his email to me: “By the measure of several highly experienced ECHR lawyers, this decision is totally unacceptable. It shouldn’t be forgotten that our counsel was Tim Eicke QC [Queen’s Counsel], who is now the British judge on the ECHR. He of course is conflicted from involvement in the case, but there is a sense among many that the Court is too afraid of confronting post-coup Turkey with such controversial cases.”

In conclusion, I would suggest that the Catholicosate of Cilicia make public the complete files of its lawsuit, including the 600-page submission to the Turkish Constitutional Court and its response, and the 900-page filing to the European Court of Human Rights and its response. After all, this is not a private lawsuit, but one dealing with the Armenian nation’s property demands from Turkey!